We met Duncan at Chiller Theater in October of 2013, and appropriately, Charles and Dan wore their Charles Guard uniforms. As we got up to the table, Adina said, “Hello.” and immediately Duncan said, “Hello, Diana.” To which Adina replied, “It’s been a long time, Charles…” and both burst out laughing. With a big smile on his face, Duncan complimented us on our uniforms and how he was so happy to see some V fans and was very amused that we’d brought his Guards along, just in case…

Probably out of complete nerves, Adina got straight to telling him that we’d brought something for him. We pulled out the mug we’d had made for him with the CT-V logo on one side and his first name in Visitor characters on the other and handed it to him. He suddenly looked somewhat stunned and said, “Really? For me? I’m humbled… This is wonderful! Let’s take some pictures!” He signed all our 8x10s and then asked us to stay for another photo or two for his assistant to take. The guys tried to get a picture with just him, being his Charles Guards and all, but he insisted Adina get in the picture, too. He ended up using one of those photos on his Facebook page!

All in all, Duncan Regehr was very gracious and welcoming, spent a lot of time chatting with us and we’re very glad to have met such a talented man whom we loved on the small screen! 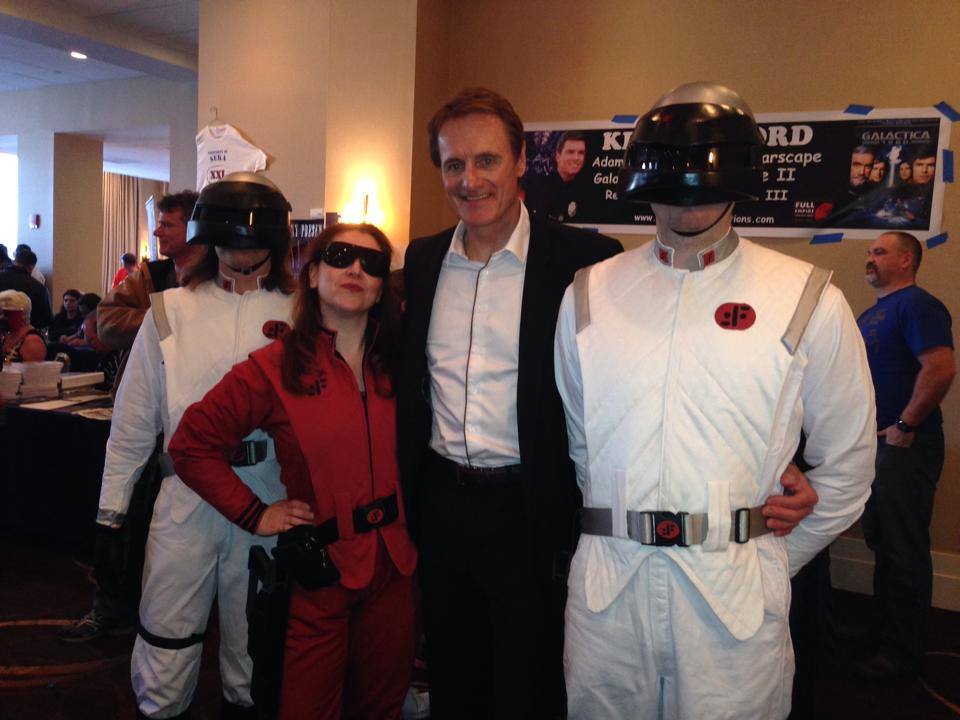