Our Vehicles » The CT-V Bike

It had all started as a pipe dream and some idle time looking through the Craigslist and the eBay Motors websites for a 1982 Yamaha motorcycle. Many of us figured we’d be pretty close to seeing one, except we were pretty ignorant of the actual model and the production run. Come to find out, the Yamaha Vision had a very limited production run! It was only made from 1980 to 1983. Not exactly a model that caught on with mainstream America. Such a narrow production run made locating one local to the Connecticut Mothership exponentially challenging. The Vision is a fair weather motorcycle built for cruising warm smooth pavement – that’s not in abundance in New England.

Casually looking through eBay in the late summer of 2015, I came across one and it was almost too good to be true! In the rarest color, white, with red accent, was a Vision with less than 10,000 miles and at an incredible price! The only real issue, it was located an hour west of Chicago. And it didn’t run. I made contact with the seller, and after talking it over with the group, everyone chipped in so we could make the purchase! This all happened on the same day of me finally tracking one down. We went from, “Wouldn’t it be nice if…” to, “BUY IT!!” in less than 12 hours.

The seller was surprised that an individual from Connecticut was so set on purchasing his motorcycle that didn’t run, but was happy to have the money clear so quickly. He agreed to hold on to the bike for a while so we might make transportation arrangements. A month and change went by and we were trying to see who we could get to possibly lend us a pick up truck or a flatbed to go out and get it. With the end of September on us and the beginning of October knocking, we were looking at the chance of icy weather affecting any return trip we would have getting back to Connecticut from Chicago. At this point, I took a gamble and on a Thursday evening booked a one way ticket to O’Hare International for that Saturday. I packed a backpack with a change of clothes and some tie down gear, called a rental truck company close to the airport with a box truck I could return back in Connecticut, and told everyone my plan to bring the Vision home to us. 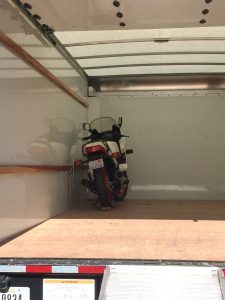 Saturday arrived and I was lifting off from Providence, Rhode Island at 6:30am. I arrived in Chicago to clear, blue skies at noon. At 1:30, I had the rental truck at the seller’s home and was thrilled to see our Vision up close and personal. The seller’s neighbor came over to help load the bike and asked what the seller never did; Why did I come all the way out for a bike that doesn’t run? I simply asked the gentleman if he remembered a sci-fi show from the early 80s called “V”. His eyes immediately lit up and his face broke out into a grin. I explained that we were unsure if this bike was actually in the show, but that we were aiming to get as close to the look and feel of the show as possible. We smiled and shook hands as the sun cleared the apex of the day. With the bike secured in the box truck, I got behind the wheel to begin the journey home.

Getting through Chicago was a breeze for a guy who has experienced the joy that is Boston and New York City traffic. Once clear of the big city, it was a very straight run across Indiana and Ohio. 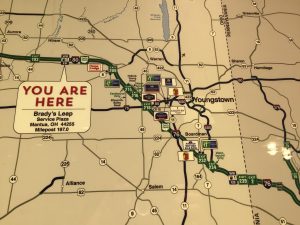 Around 8:00pm, I was in Ohio and getting a bit peckish. Made a quick stop for food, a check on my precious cargo, and planned on getting a bit of sleep once I crossed into Pennsylvania in a few hours. Unfortunately, sleep wasn’t of the same mind as I was. I didn’t stop until 2am. And the seats in that box truck didn’t recline.

I grumpily got back on the road at 6:00 in the morning and tracked down the nearest Cracker Barrel for food and coffee. I was halfway through Pennsylvania and traffic began to get more intense the closer I got to New York, but I knew I was in the home stretch when I crossed over the Hudson River on the Newburgh-Beacon Bridge. From there, in hindsight, the road and the remainder of the day is slightly hazy. The look on Charles’ face when I pulled into his driveway and opened the back was indeed priceless! We wheeled the Vision – aptly named for our unique band of geeks – into his garage, returned the truck, and proceeded to have a party for a completely unconnected reason.

We still hope to get our bike running one day, but she’s already seen some upgrades and caught the eye of many while we’ve displayed it alongside the Laser Jeep. It was a trip I undertook by myself, but not for one second did I ever feel alone. I knew I had the whole Mothership team riding along. – Erik 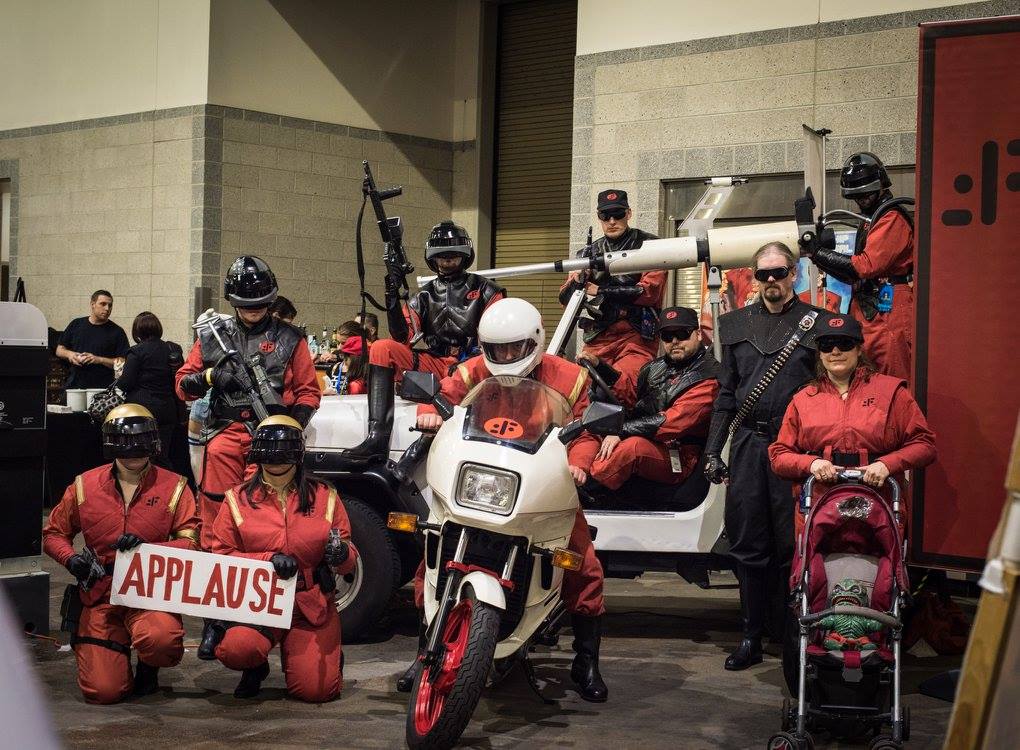