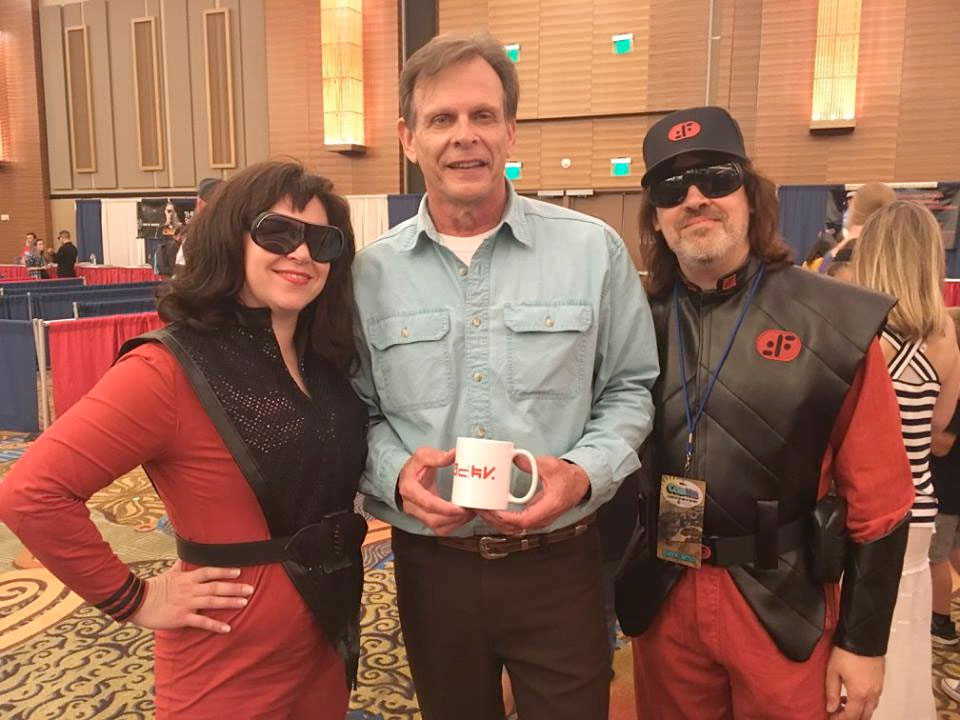 Our friend Erik booked Marc – along with Richard Herd, Frank Ashmore, and Greta Blackburn – for a mini-V reunion in 2017. He had been previously invited and booked for a few Rhode Island Comic Cons but had to cancel – which he remembered when we spoke with him! He is a very deep, thoughtful man and watching him interact with his fans was priceless! He took many pictures with us and was happy to discuss V and other art with us. He was too jet-lagged to join us (along with Richard, Frank, and Greta) for dinner, but told us the next morning how he wished he had been there with everyone.

We presented him with his CT-V mug that we had held onto since the Rhode Island Comic Con he missed back in 2013 – which he loved! Later, his handler told us how much that meant to him. He later joined us for a huge group photo shoot with Richard, Frank, Greta, and all of our attending CT-V members around the V Jeep and told us what a great time he’d had the entire weekend. 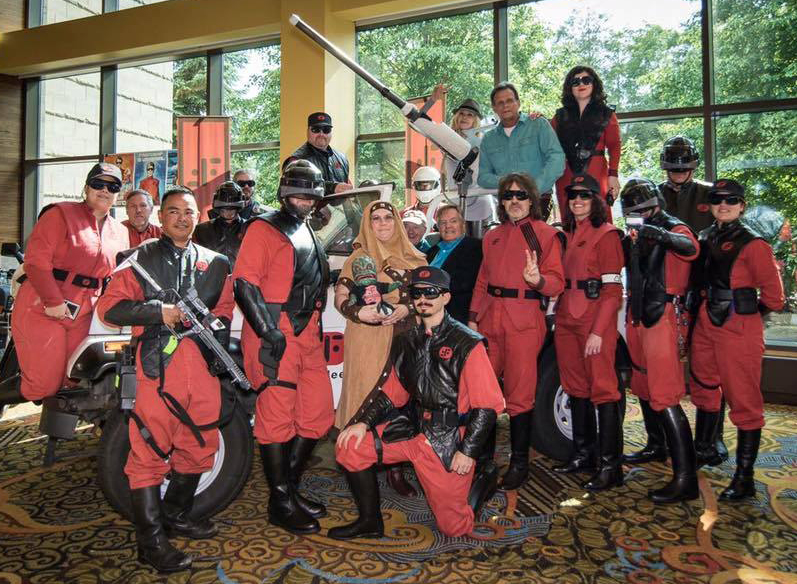 A few years later in 2019, Marc was announced for DragonCon with Jane Badler and Robert Englund and we were invited by the con to participate in their panels. So, we scrambled to make our arrangements, assembled a crew of Visitor Fleet Members and descended upon Atlanta for a long Labor Day weekend. 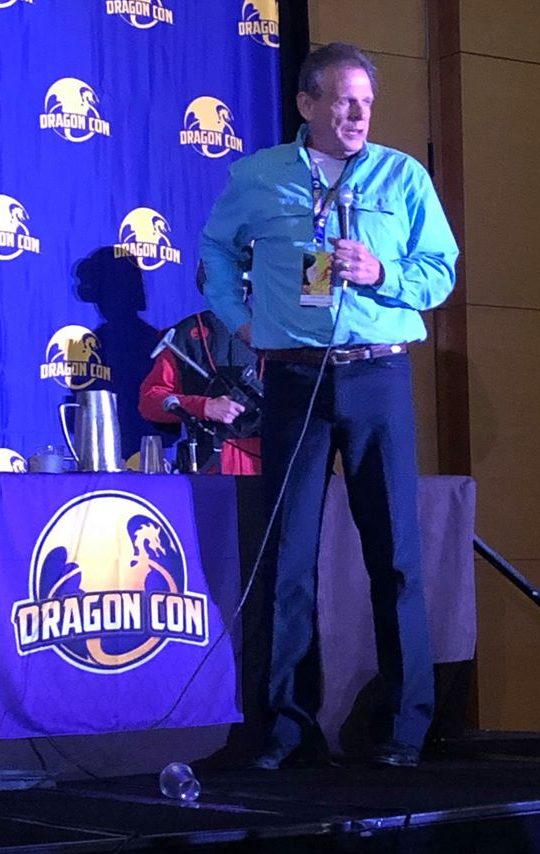 Our first panel was with Marc and Jane on Friday afternoon at the Marriott. Of course, we went over to see them at their signing tables before it began and Marc welcomed us with hugs and smiles! He was just as gracious, warm, thoughtful, and engaging as before. The panel was fantastic and what a pleasure to see them together, talking about this series that meant so much to us!

For the rest of the weekend, whenever we walked by his table, he’d smile, step out and give us all big hugs. One of those times it was a big group hug and he said, “Isn’t it great whenever we see each other now? It’s like family!” We will never forget that!

The second panel was Sunday afternoon and included Marc, Jane, and Robert – the big three reunited again! We spent some time with all three of them backstage before it started and it was purely magical. The panel was the highlight of the trip. To see and hear all three of them talk about this show, this art, and its deeper meanings, and also the pure fun they had as the series morphed into “Dynasty in Space”. But even so, the characters were already so well-developed and loved, the campiness of the series almost didn’t matter. Afterwards, we said our goodbyes as the majority of us were hitting the road immediately for the long drive back to Connecticut.

This certainly was a milestone event in Visitor Fleet History – being DragonCon, getting to meet several of our Visitor Fleet friends in person for the first time, and for being together with not only Marc, but Jane and Robert as well. We knew it would be a special and unforgettable time and we thank those that made it possible. 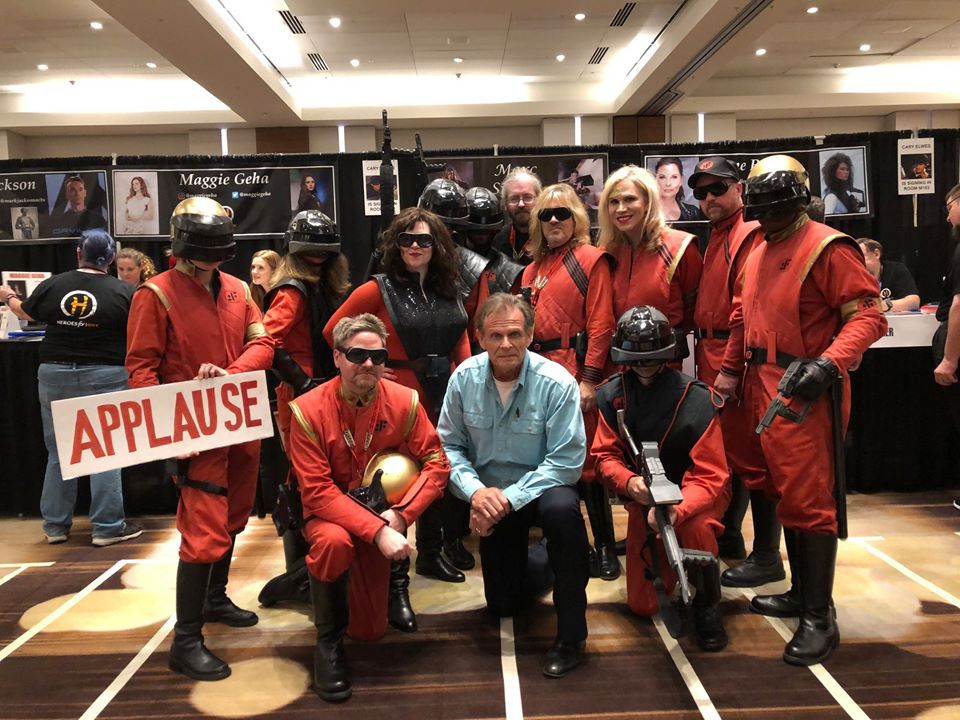